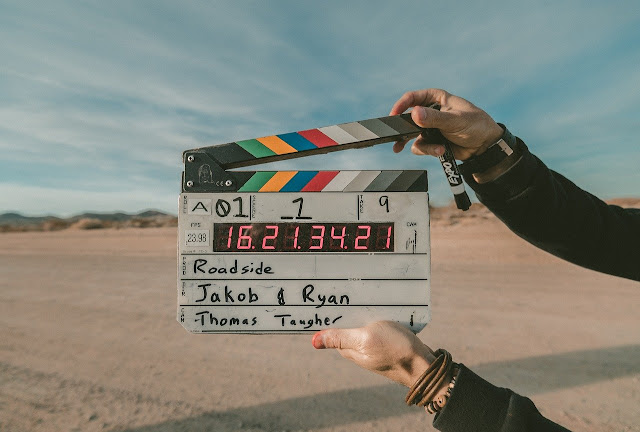 Alejandro G. Inarritu isn’t only the best director from the last decade but is also one of the most talented modern film-makers currently working in the world cinema.
He has directed 5 movies in the last decade; Biutiful, Naran Ja, Birdman(The Unexpected Virtue of Ignorance), The Revenant, and Flesh and Sand. The special about Alejandro’s movies is the taste of cinema that is totally different from the movies of other film-makers.
His 2014 movie BIRDMAN made him win 3 Oscars at the Academy Awards including Best Picture, Best Original Screenplay, and Best Director.
Just right after 2014, in the following year 2015, he won the Oscar for Best Director for the movie THE REVENANT. With this win, he became the third director in the world to win back-back Oscars of Best Director. This is the same movie for which, Leonardo DiCaprio also won his first Oscar for Best Actor. His movies are the reason why he is the best director from the last decade.

This isn’t the name that needs much introduction. The man who completely changed the face of modern cinema with his mindblowing direction and story-telling.
Noone in the history of cinema has better make the audience think about the movie as much Nolan has made. He is well known for making the movies of a different kind with completely different taste.
Christopher Nolan is regarded as one of the best sci-fi directors of all time, but I don’t think attaching the name of Christopher Nolan to the only genre of the movie is good.
He has directed thriller movies like THE PRESTIGE to war-drama like DUNKIRK to superhero-drama movie like best of the best THE DARK KNIGHT TRILOGY. His movies are far more than the only sci-fi. You can say that Nolan keeps the elements of sci-fi to tell his story in a completely different way.
From Memento to Dunkirk, Nolan has shown the world how modern cinema should be.
He gave us 4 mindblowing movies including Inception(2010), The Dark Knight Rises(2012), Interstellar(2014), and Dunkirk(2017) in the last decade. Though he hasn’t received any single Oscars for his works, his movies have earned a lot of names and appreciations in the world.

Boon Joon Hoo…This name is not unknown now in the world of cinema. How it can be unknown after creating history at the Academy Awards. As he has become the first foreign director to win the Oscars for Best Picture and Best Director.
I am not picking his name only because his recent movie Parasite won 4 Oscars in 2019 including Best Director, Best Picture, Best Original Screenplay, and Best International Feature Film. His talent has been recognized by the world a bit late. He is truly one of the best directors of all time as well as of the last decade.
We all know he made history by becoming the first foreign director to win the Oscar for Best Director, but he hasn’t only made South Korean films. He has directed one of the best movies for Hollywood in the last decade called SNOWPIERCER in 2014 that make me pick his name on this list.
You simply can’t miss Snowpiercer if you are a true movie lover. He has directed a total of 4 films from 2009 to 2019 including Mother(2009), Snowpiercer(2014), Okja(2017), and Parasite(2019). These movies make Boon Joon Ho one of the best directors of the last decade.

Even being a young film-maker, he has shown everyone how visionary and talented a director he is. Damien Chazelle is the name that will be something very big in the nearest future for sure. He is well known for directing romantic movies.
He has directed all his 4 movies in the last decade from 2009 to 2018 that includes Guy And Madeline On A Park Bench(2009), Whiplash(2014), La La Land(2016), and First Man(2018). All these movies are great in themselves especially LA LA LAND and WHIPLASH.
In fact, for me, La La Land is the best musical romantic movie ever made in Hollywood. Many of you must know how La La Land made history at the Golden Globe Award by winning all the awards in which the movie was nominated including the award for best director. Also for this movie, he won the Oscars for the Best Director that made him the youngest film-maker to win this award at the age of just 32. He is an inspiration for many young film-makers around the world.

I will love to pick the name of some other best directors of the last decade that I couldn’t pick on this list of mine.

–Alfonso Cuaron for Gravity and Roma

–Quentin Tarantino for Django Unchained, The Hateful Eight, and Once Upon A Time In Hollywood

–Martin Scorcese for Shutter Island, Hugo, The Wolf Of Wall Street, Silence, and The Irishman

–Rian Johnson for Looper, Star Wars: The Last Jedi, and Knives Out

–Jordon Peele for GetOut and Us


These are the name of some of the best directors of the last decades. You might disagree with my list because this is my personal view and we all know views of persons can be different from each other. Share this if you like this list of mine or tell me if I missed any other director whose name should have added to this list.

Must Watch Hollywood Movies Of 2019