Skip to content
Social Media has been always a very good medium to connect with the people around us and with the people around the globe. About a decade ago, there used to be less number of such sites. But now with the more people engaging in social media, the number of social media sites has been increasing.
There are now a big number of such sites that are connecting peoples. They not only help us to connect with the people but also helps us to discover so many things that we haven’t been able to discover. Earlier, there used to be a saying that, Transportation and communication system have to make the world smaller.
But now, in the real sense, social media have made the world even smaller than we used to think some years ago. The history of social media isn’t so long and so old, though It is among the few changes in the world that have been in the trend so quick. 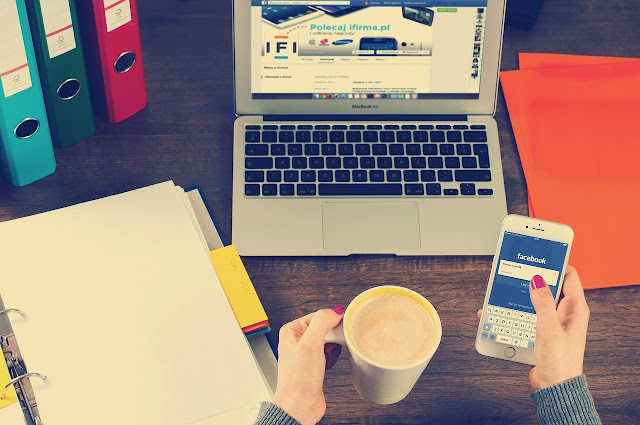 So, if you are a Facebook user, then these points are surely going to help you with a better Facebook experience.
It is not necessary that you should be agreed with me on these given points. All these are my personal experiences over the years I have been using Facebook.

You might have seen so many quizzes like WHICH ACTOR DO YOU LOOK LIKE?, WHICH MARVEL CHARACTER SUITS YOU?, WHICH JOB SUITS YOUR PERSONALITY? and much more like these which have very attractive titles.
By playing such games and quizzes, what it does is; once you play this quiz you have to sign in with your account and after signing in, it collects all your personal data of your Facebook which isn’t so good for you.
You might be thinking about what they will do with our data even they collect it. Many of us must have heard about the data-stealing or data collecting fraud or scam, this is also the same. This is also a kind of scam to collect your data and sell to other companies that need these data.

Don’t update and share your personal information on the profile of your Facebook. This is one of the most important things you should not do on Facebook. By doing so, people think this will going to increase their popularity on Facebook.
I am giving my ownself example. Initially, when I started using Facebook, I used to think if I update everything about me on Facebook, this will help me to gain popularity on this platform. But later things go on changing in my mind about this and I began to make my profile as private as I can.
People used to share their personal information like phone number, their love status, their current mood and etc. By giving our personal information, we are allowing many people to know us which is somehow good but it has also the same chance that this might go wrong for you.
If you have already updated your pieces of information like phone number, then either remove them or make them private. So, In my view, you shouldn’t update and post your personal information on your Facebook.

Like the above-mentioned point, this point also comes under personal information. Let me ask a simple question. Do you really it is so necessary and important to post our current activity and location? I don’t know what you think.
Talking about me, I don’t think this is so important to post our current status. Somehow it is good and beneficial for those people who really think and care about you. But this is also not safe for you. We don’t know what other people think about us.
So, revealing our location publicly may affect you and your loved ones in a way that you would never want.

Simply, Abusing anyone isn’t a good sign of being a good person. We use Facebook to make our relationship friendly with the people we are connected to it. Not only on Facebook but on other social media too, we connect with the people for the same purpose.
People connect here as a family. And in family, we don’t abuse anyone. So like this you should also not abuse anyone on Facebook. Abusing other people on Facebook not only decreases your personal staus on Facebook but it also makes people think wrong about you.
This will not affect the people you abuse rather than harming yourself. In the same way, you aren’t allowed to stock someone on Facebook. These activities may be considered against the policy of Facebook.

Try Not To Tag Your Friends In Unnecessary Memes And Posts

Being in the touch with your friends is a good thing but mentioning their names in the unnecessary memes and posts may not be liked by some of your friends. They might find this disturbing for them. And being a friend they might not tell you that he or she doesn’t like being tagged in such posts and memes.
Some friends of yours might not think so but there is a chance that many might not like this. It is a kind of annoying habit to tag a lot of people in your posts only for the purpose of some more likes and comments.
How does this look like: Feeling Happy/Sad and ETC With THIS and 50+ OTHERS…
This is totally annoying to tag someone unnecessarily in your posts
When you see some posts like Mention/Tag your friends who…………..from any group or individual.
Looking this seems like a simple and you tag your friends without any reasons just only for the fun. When you tag someone in such posts and memes, it does nothing except making these groups engaging. This is for what such memes are posted.
You must tag or mention your friend if it is necessary. So please, don’t tag your friends in such posts or memes. By doing such, your profile will not be considered good in the view of Facebook.

Posting the photos of yours and the photos with your friends isn’t a bad thing to do on Facebook. Facebook has given you the full feature to upload or post photos and videos. But uploading a photo that is too much edited and looks so unrealistic might not be as good as you think.
It may still affect your personality on Facebook. Everyone wants to upload very good and quality photos on Facebook so that many people will engage with their photos and they will get hundreds and hundreds of likes. So they edit their photos and in this process, their photos began to look unrealistic and cartoonists.
Though doing this has nothing to do with the algorithms of Facebook and won’t affect the status of your profile. But this will obviously affect your personality status on Facebook. So don’t upload over-edited and over-photoshopped photos of yours on Facebook thinking that this will help you. This might help you in getting some extra likes and engagements in some cases but not forever.

While using Facebook, many people add random peoples on their friend list without knowing them properly. And this isn’t the wrong idea to add and connect with the peoples. Facebook is meant to make people connect with each other.
Making new friends is a very good idea. But this really doesn’t mean that you are going to add anyone whom you don’t know properly. You can add them and after that by having some conversations with them, you may know them a bit but not enough to make them your friends.
For example, if you meet someone at any meetings or any ceremonies for a while, Will you trust them? Obviously NOT. The same thing is here. Without knowing anyone properly, it isn’t a good idea to add unknown peoples to your friend lists.
In the same way, don’t add those accounts as your friend that doesn’t have proper names. There are so many users with unique and strange names that have the most probability of being fake accounts. So there is no point to add any fake accounts to your friend list. If you have already added such profiles, remove them manually. It will help to look your Facebook profile quite clean and professional.

Don’t Use Unwanted And Unnecessary Hashtags

There are many people who have the habit of using unwanted hashtags while writing any status just to get some public attention. Some use hashtags to highlight their particular words. This is good at a time but when things got too much, it doesn’t look good.
These hashtags don’t make your posts look attractive but instead its looks so awkward. You can use hashtags but in a proper way so that your posts look quite attractive and simple.

You may have seen a kind of post. Someone posting a picture of any boy or girl or animal and many other things which have some problem or the peoples shown in that picture have any kind of disability like having no arms, having only one eye or etc. And is something written over that like:
1 Like = 1 Prayer
1 Share = 1000 Prayer
Type Amen
Otherwise, something wrong will happen to you.
Same as this, you will find so many posts like. If you really want to help or pray for them, then don’t show it on your Facebook by sharing something like this. We all know very well that this will not be going to help them.
And also don’t support posts like If I Get 1000000000000000 Likes, This Good, And That Good Thing Will Happen. These all are kind of a shame. It won’t do anything but make you annoy and waste your valuable time.

Though adult contents are against the policies of Facebook, there are so many such pages available on Facebook. In other words, these pages and contents are illegal on Facebook which will violate the Facebook rules.
If you search such content on Facebook, it will surely affect your profile and your profile won’t be considered good in the eye of Facebook. In the case of violating the Facebook policies, your account can be suspended in the future without your concern.
Once you search or engage with such content, the more posts and pages will appear on your newsfeed. In case, some of your family members or anyone who is sitting near you and you are scrolling your newsfeed and suddenly such things appear on your screen, then this will really won’t be good for your personality.
To not letting such things happen, what you should do is not to search or watch or share such content on Facebook. In case it appears, you just unfollow or unlike that groups or page and report them.

These are some of the points and things that you should never do on Facebook. Some of these points you may have liked and some not. If you use Facebook properly, then it will surely help you in a proper and professional way.
If you really think that these things shouldn’t be done on Facebook, then let me know by commenting below and also tell me if you have any more suggestions.
Let me know in the comment box, how many of these above-mentioned things you have done on Facebook.